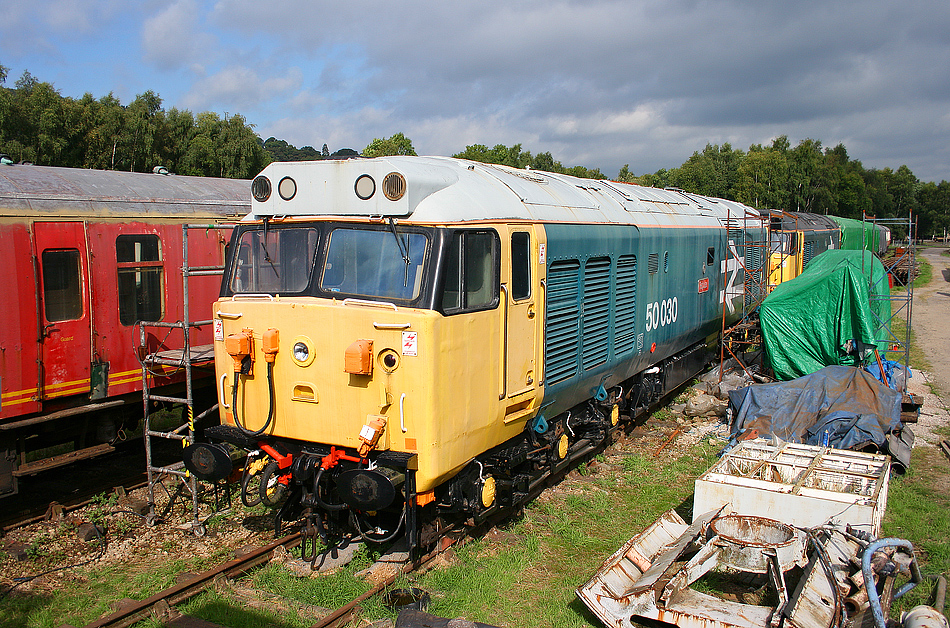 Here 50030 Repulse is seen on the 16th September 2007 back in the sidings at Rowsley following the diesel gala. The ex-50008 power unit can be seen at the side of locomotive under the tarpaulin. To the left of the image is mark 1 BG 80777 before restoration - this coach was originally purchased for RRRG use but diverted to Peak Rail whose claimed need was greater at the time.