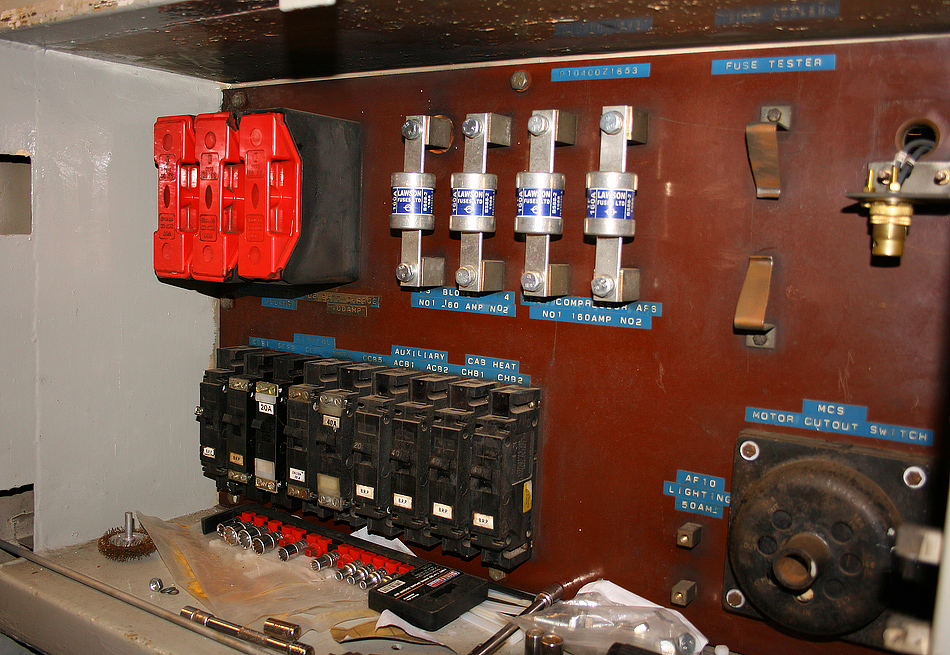 The main Fuse / MCB panel in 50030. The red fuse carriers are for the two exhausters and the battery charge circuit. The blue Lawson fuses are for the blower motors and compressors, then there is the fuse test contacts and lamp. Underneath are control, cab heat and auxiliary MCB's, with the lighting timer fuse and motor cut-out switch.