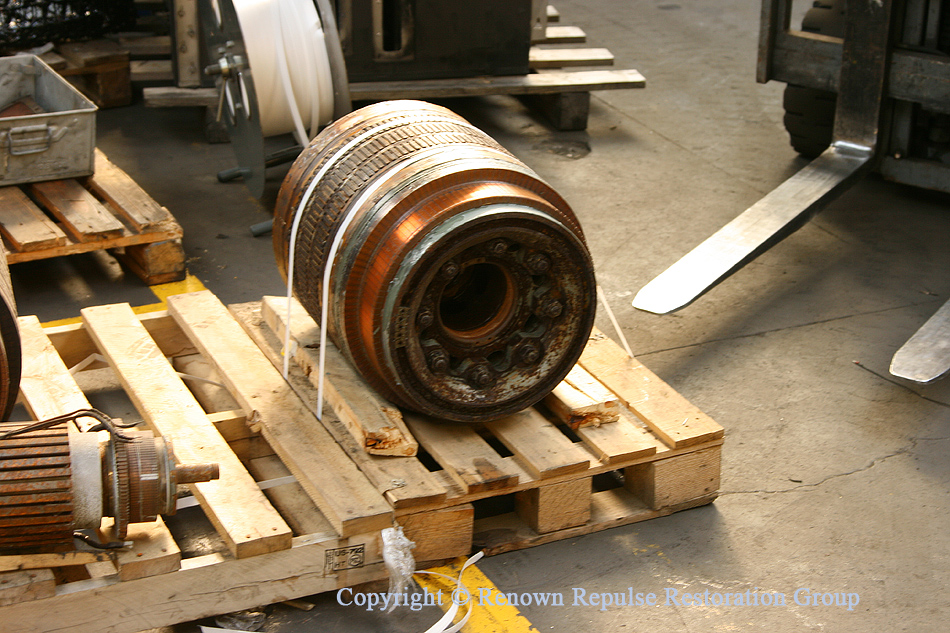 As reported elsewhere on the website, early in 2010 RRRG were fortunate enough to secure a partially overhauled complete ETH/Auxiliary Generator set which will be used in Renown. The main problem with the set was that the auxiliary armature had an internal fault that was deemed to be beyond economic repair. As such the decision was taken to replace the defective armature with an ex-Class 37 example whilst we still had the chance. The defective machine is seen at Dowding and Mills in the process of being loaded.