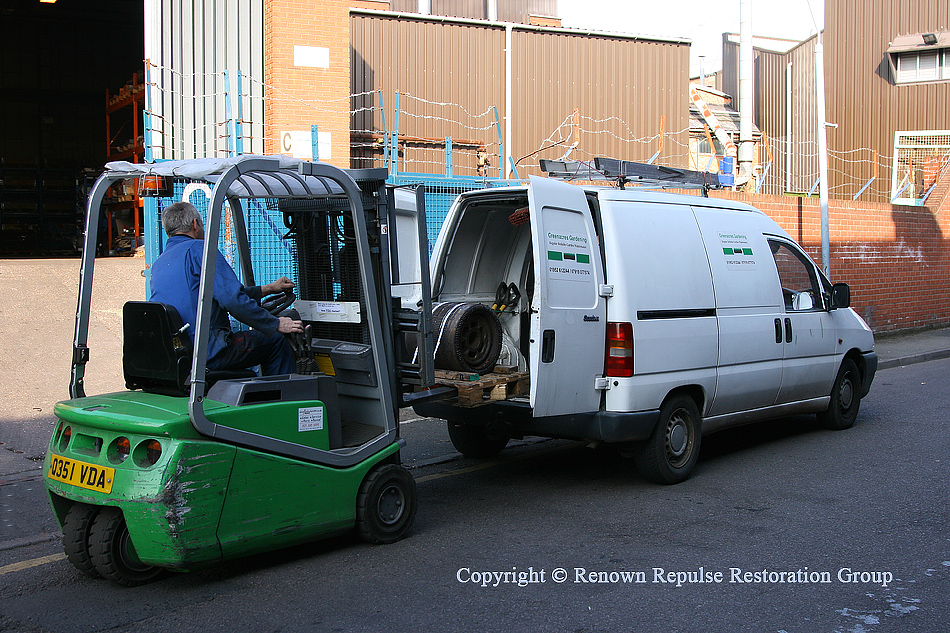 The unserviceable aux gen armature was collected from Dowdings and taken to Booths for disposal, being traded for the superior condition ex-Class 37 one we had stored there. The aux gen in a 37 is exactly the same as that in a 50. The Booths one was taken to Dowdings where the unit will be re-assembled for further storage pending overhaul for use in 50029. The defective armature is seen here being forklifted into RRRG member Steve Tripp's van on 23rd April 2010.