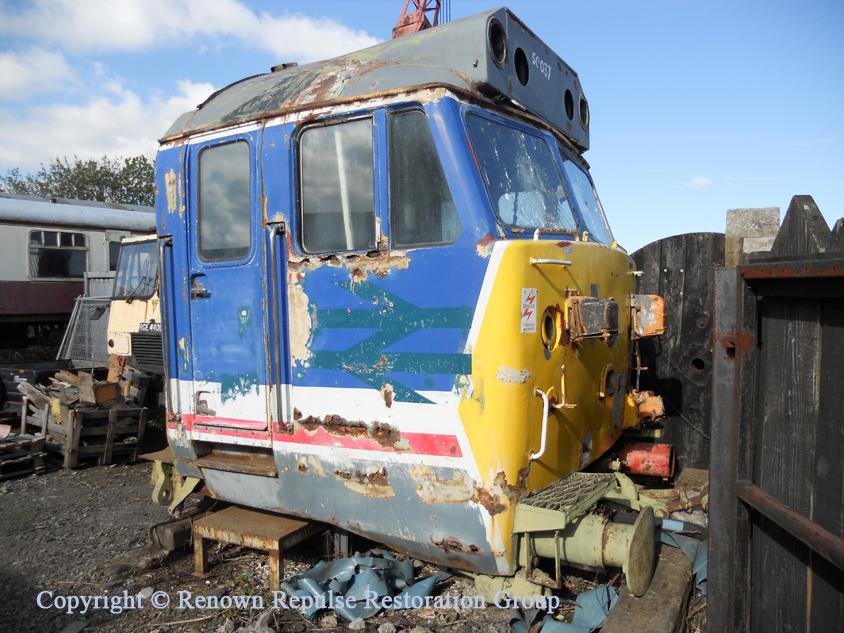 Boness work party. Tools and paint were taken North for the second session on 50037 over 26th and 27th May. It has been decided to re-skin below the droplights as the usual rot is rampant as expected. The roof is good however and a start was made on corrosion treatment and paintwork. Lack of power thwarted too much progress so it has been agreed to re-locate the cab opposite the MPD to assist repairs. To this end, Steam dept to the rescue again they lent us a buffer to aid hiab lifting of the cab. It was not possible to arrange the lorry but the new site was cleared and graded ready. 26th May 2010.