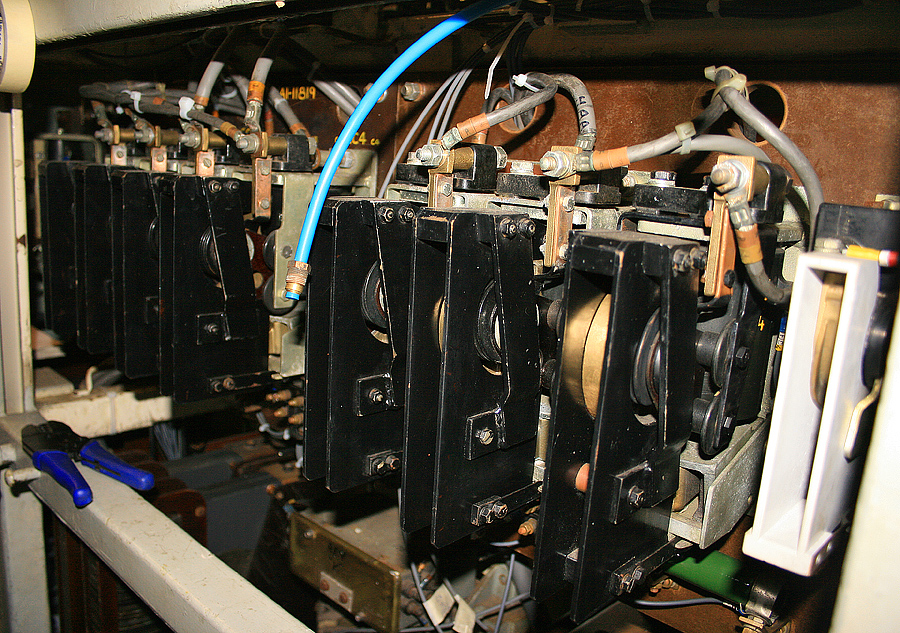 This picture shows the three replacement overhauled radiator fan contactors (left) and the main earth fault contactor (right) installed in the cubicle. Not visible in the picture is a piece of copper bar that has been made and fitted to replace the missing one from between the nos 2 and 3 radiator fan contactors. 6 January 2008.