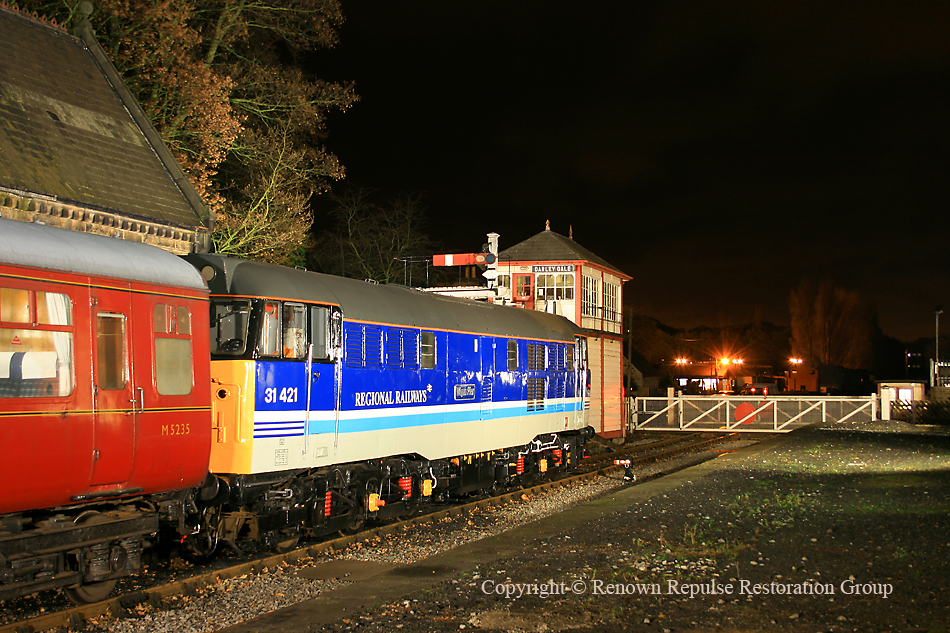 31270 had been repainted from trainload coal livery by a small group of Peak Rail volunteers, which had included a number of RRRG members. The choice of Regional Railways livery was the result of a competition organised by Peak Rail and RRRG member Andy Coward. Looking immaculate in its recently applied Regional Railways livery, masquerading as 31421, 270 awaits the opening of the gates at Darley Dale on the evening of 10th November 2007. (Mark Burrows)