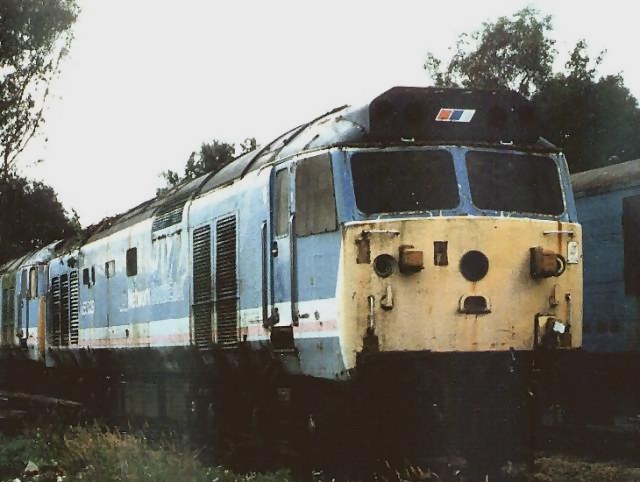 Renown Repulse Restoration Group was formed in 2002. Our core aim, as set out in the RRRG Constitution, is to restore, operate and exhibit for the benefit of the public, the two ex-British Rail Class 50 locomotives 50029 Renown and 50030 Repulse.  Currently we do this by inviting like-minded people to become members and purchase shares in order to raise funds for the project.

It had been feared in enthusiast circles for some years around this time that the Operation Collingwood project to restore various ex-British Rail class 50 locomotives was failing and that their assets might end up being scrapped.  Operation Collingwood's fleet consisted of nos 50001/23/29/30/40/45 with most of these being heavily stripped ex-scrapyard examples.  The best condition locomotives were 50029 Renown and 50030 Repulse which had never been in a scrapyard and were definitely worth saving for restoration.  RRRG was formed following discussions between enthusiasts on an internet forum and in summer 2002 we were advised that our bid for Operation Collingwood's remaining assets (50029, 50030 and a number of spares) had been successful.  Whilst we knew it wouldn't be an easy task, we were heartened by the fact that 50030 was substantially complete with only a few missing parts, mainly electrical.  50029 was less complete but still had all major components present. The first two pictures on this page show the locomotives in the state we acquired them in 2002.

Later that year we accepted an offer from Peak Rail to base our restoration project in the yards at Rowsley South station where we have been ever since.  The first task, following an agreement with Peak Rail, was to make the locomotives look smart and presentable and we unveiled the cosmetically-restored 50030 at a Peak Rail diesel gala.  50029 followed suit, disguised on one side as long-scrapped classmate 50003 Temeraire as a publicity stunt.  We feel it is important to keep our project in the public eye as a means both of ensuring continued funding and the continued education of the public as a whole about RRRG and its role in preserving pieces of Britain's industrial heritage. 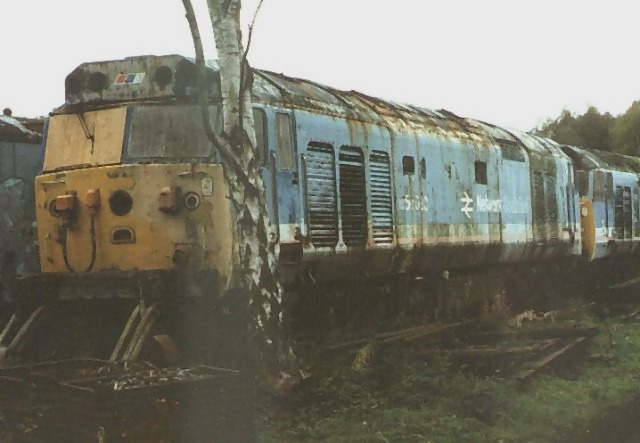 Since then the major thrusts of our work have been acquiring parts, overhauling the acquired parts as well as those already present on our locomotives, and then refurbishing the locomotive interiors and refitting parts.  We have acquired several major parts including two good condition generator sets (to improve on damaged examples bought as part of the original deal with Collingwood) and a complete diesel engine/main generator set.  This power unit, purchased in 2006, was important because the engine in 50029 seized in service and has considerable internal damage and also because the main generator in 50030 needs to be repaired.  The power unit purchased is being overhauled to completely renew its bearings and piston rings and return it to "zero hours" condition.

This new website will be the central repository for all information and updates on the RRRG project.  You are able to join our discussion forum, purchase membership and shares and also select from a range of merchandise.  The profits will go towards the restoration of 50029 and 50030.