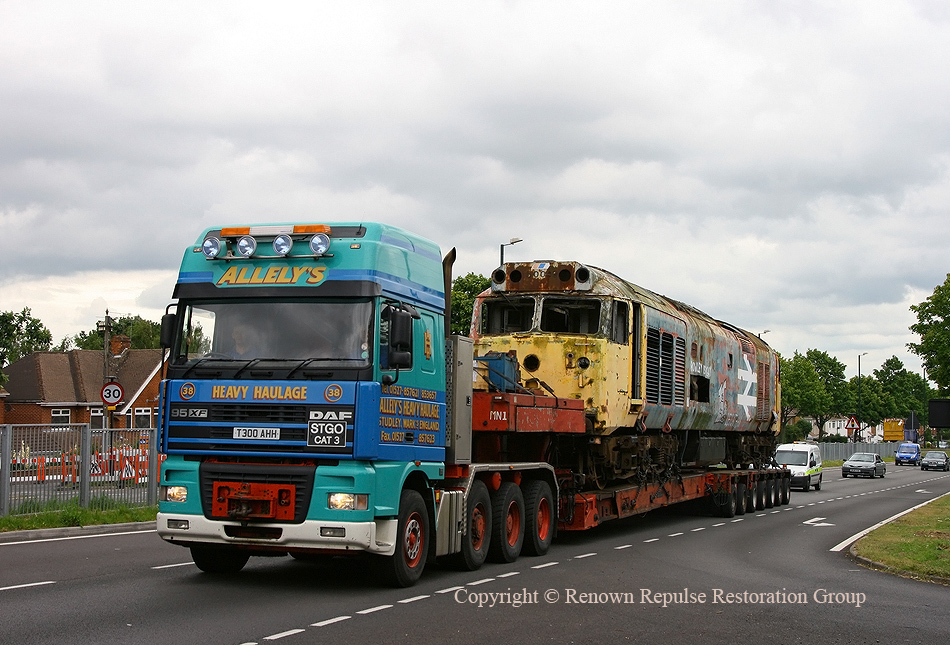 Leviathan is seen proceeding along the A45 around the south side of Coventry. Although Paul had told me which way the locomotive was supposed to be going, opportunities for pictures were relatively limited, partly because shortly after this picture was taken the heavens opened, partly because the heavy traffic made it difficult to get in front safely, partly because I wanted to be in sight of it at all the major junctions where it could have taken an alternative route (just in case), and partly because in the heavy traffic I managed to get my view completely blocked by lorries on two occasions. (Mark Burrows)