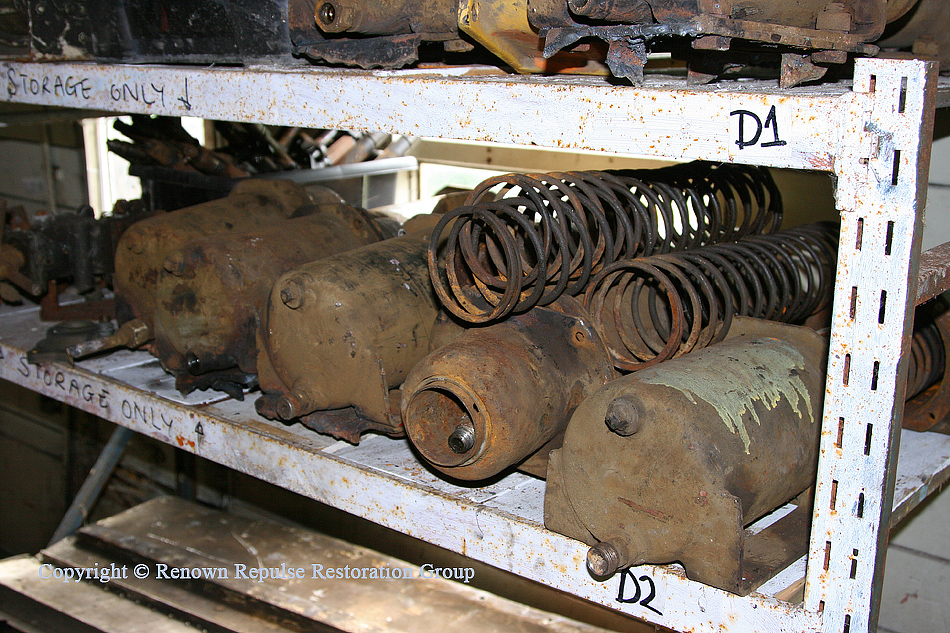 Four RRRG volunteers braved the freezing conditions on 4th January 2010 to visit Booths and acquire brake cylinders from recently arrived 37698. The rusty unserviceable ones were easily identified being full of ice! By the end of the day we had rejected three, removed seven and sprayed two up for saving. We also managed to acquire some drivers brake valves and numerous internal items from our lists. Six months later, on 4th July 2010, a sample of the 17 brake cylinders removed during January, still in as-removed condition (complete with mounting plates in some cases) are seen. They might look rough on the outside, but all were inspected at Booths and considered to have decent insides, unlike some of the ones inspected.