Dave Rolfe was helping remove usable parts from an old coach which is to be sent for cutting, and he asked for any electrical items he could salvage. He got two small steel cabinets and several lengths of conduit plus various elbows and tees. The smaller of the two cabinets could be useful as a connection box for the severed conduit on the brake frame of 50030, and the conduit could be equally useful to replace that missing from the brake frame.

Unfortunately we have confirmed that the heat exchanger on the ex-50008 power unit was leaking oil into the water section, so it was removed and will shortly be going away for inspection and repair.

Dom and I had intended to carry on belling out cubicle wiring, but the buzzer didn't work, and on investigation, one of the wires was found to have broken off the switch, so I brought it home to re-solder. Therefore, Dom, Dave and I spent the day removing loose paint around the cubicle and filter compartment and undercoating. Dom later helped me refit the battery charge diode, which is a two-person job because of where it is mounted.​ 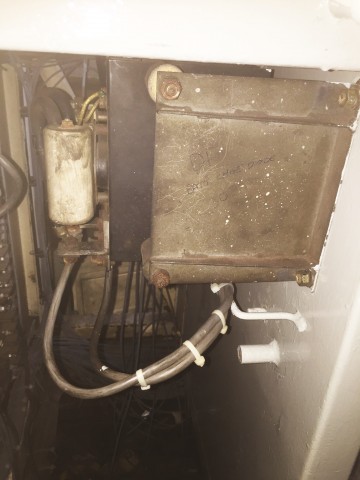 The battery charge diode reinstalled in the electrical cuible inside 50030 after testing and repair.

We were very pleased to welcome a new working volunteer, Andy Blofield, to the site.  Andy hopes to offer one day a month which with our current slight shortage of volunteers is very welcome. Together we carried on cleaning and painting around the electrical cubicle.  Mark Burrows checked that the radiators in 50030 were all completely disconnected as the next major step forward in the restoration is to lift these out and send them away for repair and refurbishment. 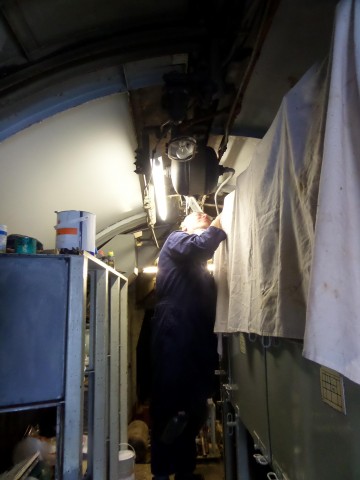 New volunteer Andy Blofield getting his hands dirty for the first time.

A host of updates coming soon...