This weekend we had Ian Williams the welder on site, starting the bodywork repairs on Repulse. Joining me today was Mark Burrows, Carl and Sofy Looker.

Ian cut out rotten steel around No.1 cab end and along the 'non-visible' side, where we had identified the worst corrosion. He did most of the cutting out yesterday, today was clearing the rusty debris out of the way, prepping the surfaces by needle-gunning and cup-brushing, and welding a new plate where the ETH dummy socket goes. The ETH socket mounting was so corroded Ian decided to make a new one from scratch.

Mark brought several wooden pallets, which he and I took apart, and made into decking for the pallet racking, so Ian can deal with the guttering and corrosion under the headcode boxes.

After Ian had needle-gunned and cup-brushed, Carl, Sofy and I removed as much loose debris as we could, and painted the exposed frames with bitumen paint.

After the others had left, I carried on undercoating electrical conduits in the gen compartment and Thin Man's passage. 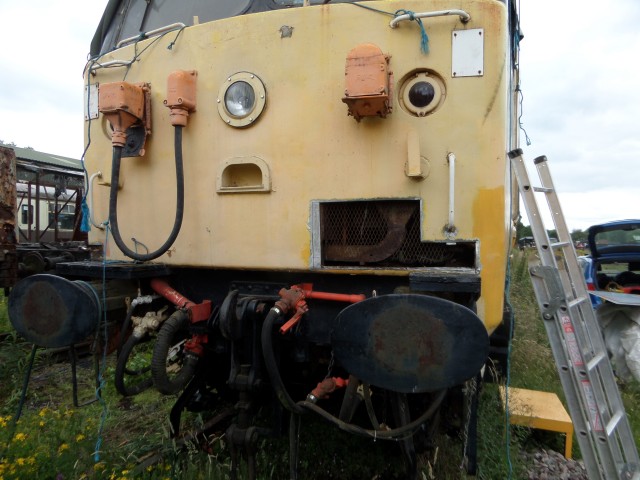 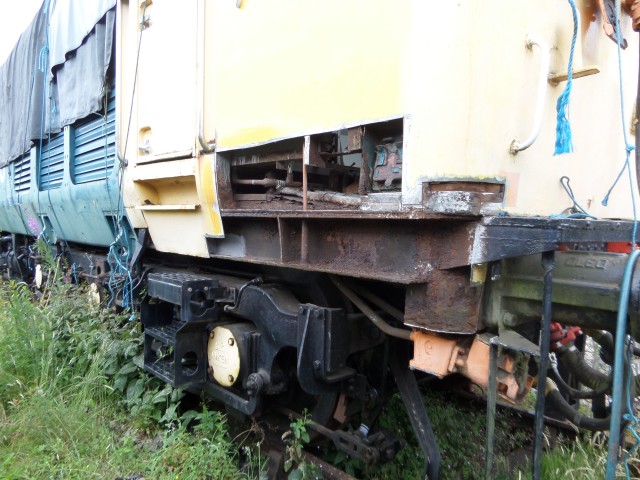 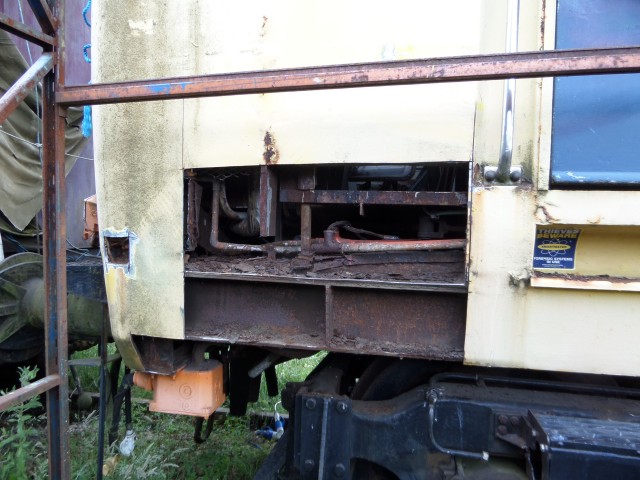 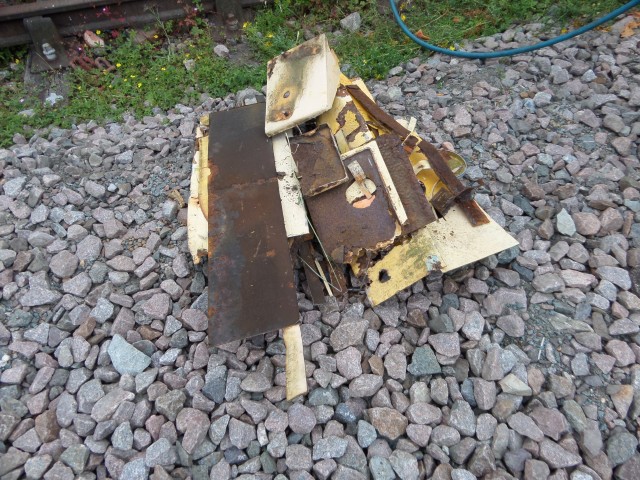 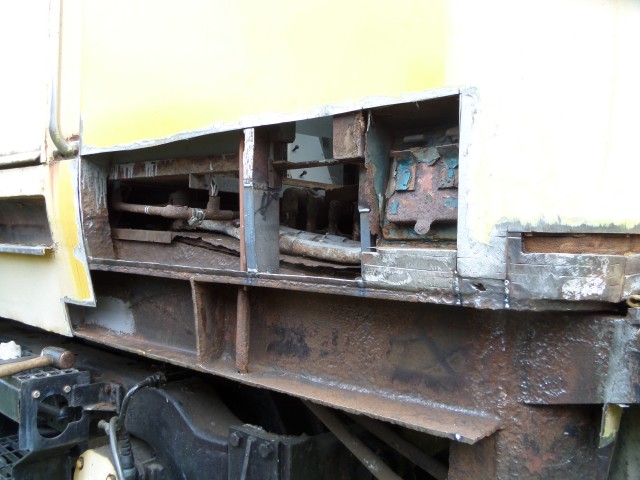 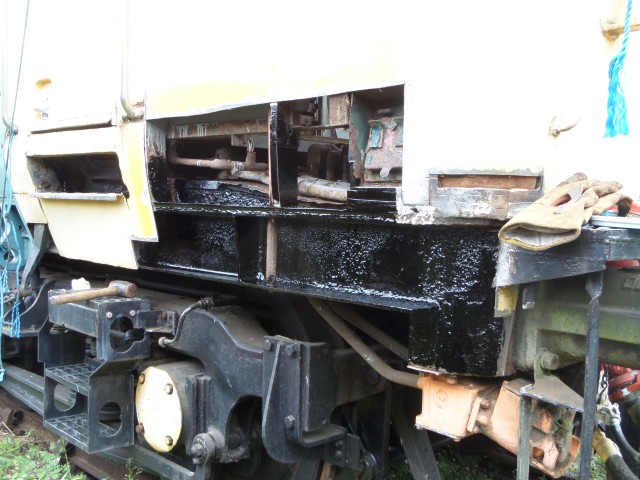 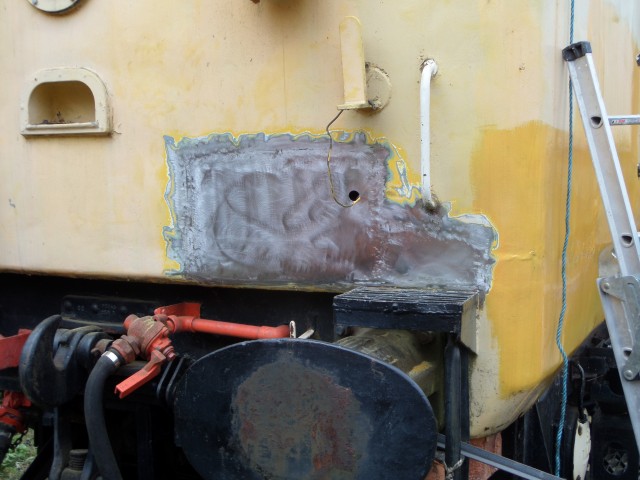 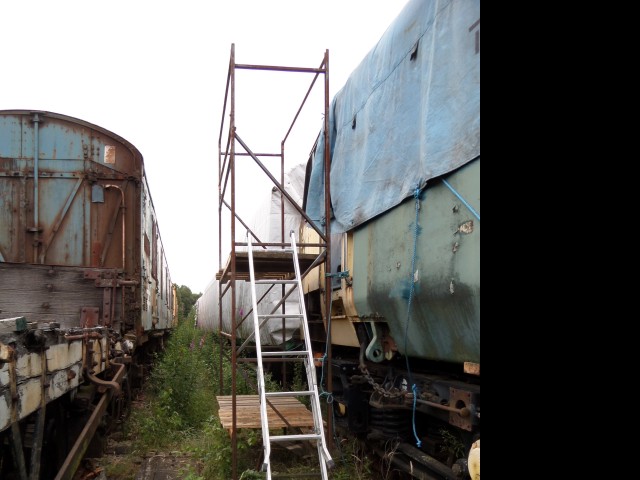 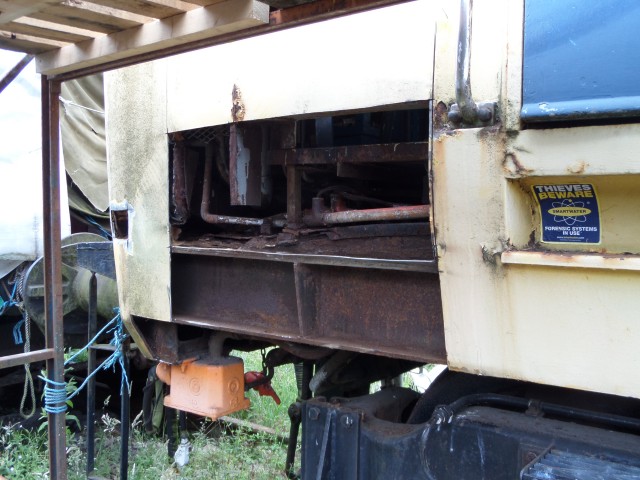 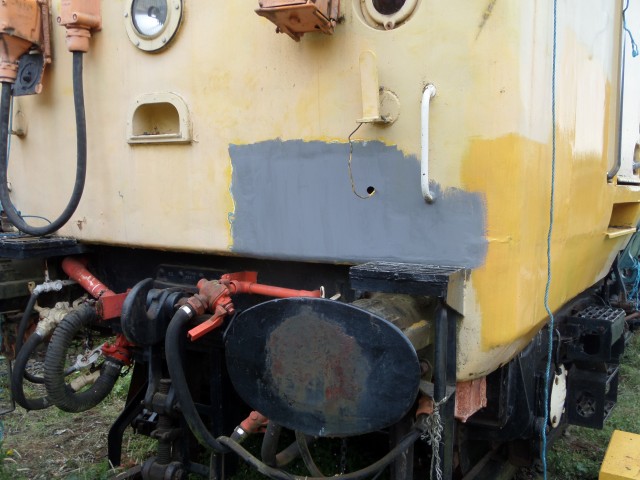 Wedler Ian returned to site a couple of days later and continued work, taking the pictures below of his efforts at cutting out some rotten steel from the body of 50030. Ian told us he will return to site over the course of this week to replate the driver's side of No.2 cab and do the other three footsteps.